Action – the opportunity to bet, call, check, fold or raise. All-in – to run out of chips whilst betting or calling. If playing in a table stakes game, once you have contributed all your chips during a hand, you can’t reach for more.

Ante – the initial portion of a bet by each player at the beginning of a hand.. Bad beat – when an ordinary hand beats a more favoured hand. Basically the player should have folded much earlier and luck was the only thing on their side.

Berry patch – an easy game where good players can win some easy money.

Blank – a table card that doesn’t help your hand.

Bluff – to bet with an ordinary hand hoping the others will fold.

Board – all the community cards is a hold’em game.

Bottom pair – the lowest pair on the flop.

Burn – the top card is placed face down between rounds as a means of security, just in case a player has seen it.

Button – the white disk used to indicate the (notional) dealer.

Buy the pot – a bluffing tactic whereby the player hopes to get the pot without being called.

Calling station – a player who calls often but hardly ever raises or folds. The result being they contribute a lot to the pot without being much of a challenge to play against.

Card speak – a rule that states the value of the hand is according to the cards, not what the player has siad their hand is worth. Case – the last card of a rank still in the deck.

Center pot – the first pot created in a poker hand. As oppposed to the side pots created when a player has gone all-in.

Check raise – a late raise in the betting round after previosuly checking.

Complete hand – a hand that uses all five cards. eg a straight or flush.

Crack – usually said when a big hand is beaten. Dead card – a card that is out of play.

Dominated hand – a weak hand that will probably lose.

Down to the felt – to be out of money.

Family pot – a pot where most or all players have called before the flop.

Flop – the first three community cards put out face up.

Foul – a hand that cannot be played, and hence the player cannot participate any further.

Heads up – refers to the pot when there are only two players contesting it. Gutshot – a straight that is missing an inside card.

Jackpot – bonus paid to a loser of a hand, if beaten by a very good hand. The loser would usually need something like aces full or better. This jackpot is funded from the rake.

Joker – a wildcard used in high and low ball games.

Live blind – a forced et before any cards are dealt.

Lock – a hand that is good enough to win part of the pot.

Maniac – the player who does a lot of irrational betting, raising and bluffing. Not good to do all the time but useful in some situations to confuse opponents.

No limit – a variation where the player can bet any amount of chips.

On tilt – a player who let’s their emotions rule, usually ending in bad decisions.

Out – any card that will make a winning hand.

Overcard – a card that is higher than any other card on the board.

Pay off – calling a bet where the bettor has a more favourable hand but the pot size justifies the call.

Play the board – to use all the community cards and none of your own. Pocket – a players cards that only they can see.

Post – to put in a blind bet usually when you first start at a game.

Pot limit – a variation where the player can bet up to the amount of the pot.

Rake – the cardroom’s income which is taken from the pot.

Represent – to play as if you have another hand, not the one your actually have.

Rock – a player who only raises when they have the best hand and tends to be predictable.

Rounder – an experienced player who makes their living from poker.

Scare card – a community card that can ruin your hand.

Sell – to bet less than the maximum when you have a good hand, hoping the other players will call.

Set – three of a kind with two in your hand and one on the board.

Showdown – when all remaining players show their cards to establish who has the best hand.

Side pot – a pot resulting from a player going all in. Not all players particiapte in side pots.

Slow play – a means of keeping players in the pot by playing a strong hand weakly.

Snap off – to beat a bluffer with finesse rather than a good hand.

Split pot – when two or more players share a pot because of equal ranking hands.

Table stakes – a rule where a player can only bet with the chips in front of them on the table. They cannot reach for more chips during a hand.

See all-in and side pot.

Tap – betting the same amount as a player’s stack forcing them to go all-in inorder to call.

Toke – a small amount given to the dealer by the winner of a pot. Under the gun – the first player to act in the betting round.

Variance – the movement in your bankroll. The information about the poker terms available at Jasahoki88 site should be great and correct to get the advantage. There is an increase in the bankroll of the person and management is great for the desired results. The preparation of the right strategy should be there to enhance the playing experience of the poker players. 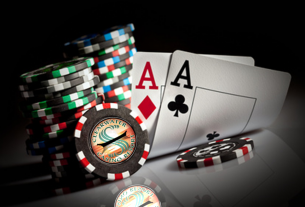 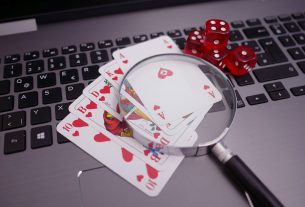 5 helpful tips and tricks of poker online! Read out the details here! 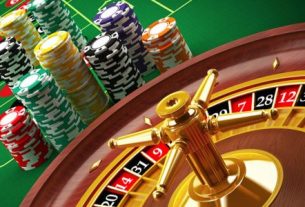 Easy Way To Engage With Online Poker With Friend In Isolation!!!