If you take a walk through any casino, you are bound to notice that there are different superstitions being followed. Whether you see an unusual amount of people wearing red, or people crossing their fingers, these subtle actions are practiced in hopes of leaning the odds in the practitioner’s favor. After all, it only makes sense; tons of money is on the line when risky games are played, and people want to get lucky. Most people will do what they can to improve their chances. Some gamblers have even sworn that their success was due to strictly following their set of superstitions. One prominent superstition that you can find at almost any casino, as well as in dice games around the world outside of casinos, is the act of blowing on the dice. In fact, you’ll probably see this at any craps table you approach. Many people do this act without even knowing why they do it, it is just “what you do” before you throw dice. Well, let us take a closer look at this superstition, and where it may have come from.

Blowing on dice is one of the most common superstitions around the world. It is so common, that in movies, you’ll probably see beautiful women blowing on a man’s dice before they are rolled. It is believed that blowing on the dice before they are rolled in certain games, like craps, will help the gambler roll the right number. It supposedly helps to bring good luck. Gamblers also often blow on cards or rub the dice for good luck. This is one of the easiest superstitious acts to perform that many believe help to fill their pockets with cash.

While you’ll probably see people blowing on dice in movies, superstition didn’t come from Hollywood or even casinos for that matter. Like many superstitious beliefs, the act of blowing on the dice is said to go way back, even hundreds of years. There are two popular beliefs about the origins for this superstition. The most likely story goes back to the early days of gambling when some gamblers would coat one side of the dice with a sticky substance that would become active when it is blown on. Others believe that it goes back to early street games when gamblers would blow on the dice simply to clean them off so the roll wasn’t obstructed. No matter which origin is true, if either, blowing on the dice has spread around the world and is still done to this day.

Even though superstitions are questionable in terms of rationality, they are very common and are strongly believed by many people. Sound interesting? You may want to give it a try next time you’re in the casino to find out for yourself if blowing on the dice improves your odds or not. 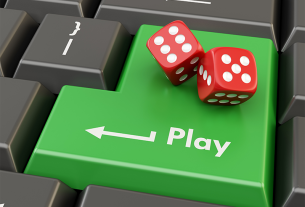 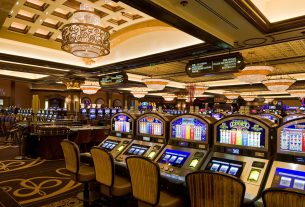