I have only one prediction for Tuesday’s election. Ton Corbett will be the next governor of Pennsylvania! I saw him perform under pressure at a campaign stop in Wilkes-Barre, and he really rose to the occasion and convinced me that he has the right stuff to be a great governor.

Corbett will be our next governor as he has the right economic policies to stimulate the economy, put Pennsylvanians back to work, and the leadership skills to get his program through the legislature. We have been saying all along that economics is the key to the election, and voters are looking for candidates who can offer them a better economic future and put Pennsylvanians back to work. Tom Corbett has an economic program that will accomplish these objectives and the leadership skills to make this happen. Mr. Corbett is the current Attorney General of Pennsylvania and the Republican nominee for Governor. On October 26, I went to see Mr. Corbett when he campaigned at Republican Headquarters on South Main Street in Wilkes-Barre. There were protesters outside who were protesting natural gas development in Pennsylvania and they shouted at him as he walked into the building. The protesters were concerned about the risk to the environment which is inherent in hydro-fracking which is being used to drill for natural gas. Specifically, they shouted “Protect our Water” from the dangerous chemicals that are used in the drilling process.

Corbett remained cool as a cucumber, unfazed, and in total control of the situation. He went into the building, was introduced by his supporters and gave his standard speech. He is campaigning to be our next governor where he will make life and death decisions, and be responsible for stimulating the economy and putting Pennsylvanians back to work. Incredibly, he was as relaxed as a man at the beach.

Gambling is probably the only industry which Governor Rendell has seriously developed in the last eight years. I am deeply concerned about gambling and so are millions of Pennsylvanians. This industry consumes vast resources, but does not develop many jobs. At the same time, it ruins people financially, as they wager more than they can afford to lose and some even wind up with a serious gambling addiction. The revenues are supposed to benefit senior citizens, but I never met anyone who said they benefited from the gambling industry.

So on behalf of millions of Pennsylvanians, I asked Mr. Corbett what he would do to improve the situation with the gambling industry. He explained that there are two different aspects to this industry. The first is the games which the State of Pennsylvania operates, and the second is the private casinos. The laws of Pennsylvania dictate where the revenues go on the state sponsored games and much of it is supposed to help senior citizens. The taxes from the private casinos probably go into the General Fund. On behalf of millions of Pennsylvanians, I asked Mr. Corbett to look into the gambling industry and to ensure that the revenues are doing as much good as possible. He said he would look into this when he is governor, and as a citizen I felt confident he would get on top of the situation and do something good. On top of that, poker online is also rising nowadays. According to study, a lot of poker players are now starting to consider playing poker online. This gives players the comfort to play poker at the comfort of their home.

His background makes him an ideal candidate to be governor. Corbett has a varied array of life experiences which have prepared him for the job of governor. He understands Pennsylvania as he has deep roots here. His story is almost a fairy tale come true. He was born and raised in Pennsylvania, went to school here, married his college sweetheart Sue, and they raised their family here. His experience allow him to understand life in Pennsylvania, and appreciate how the average person lives. He has been a 9th grade teacher, a county prosecutor, served for thirteen years in the National Guard, and now he is the Attorney General and the Republican nominee for Governor.

Corbett’s economic policy is compatible with traditional Republican philosophy. He wants to lower taxes for small businesses which develop most new jobs. Currently, Pennsylvania has one of the highest corporate tax rates in the country, and this obviously limits the expansion of existing businesses, and discourages other business from locating to Pennsylvania. Of course, he wants to reduce government regulations which stifle production and waste taxpayer’s money. Aspects Of Video Poker In Casinos All About Poker Success 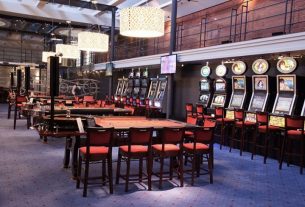